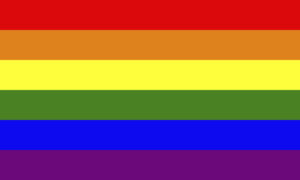 The Howards: A Journey of Hope

A Journey of Hope

Jay and Courtney Howard knew early in their relationship that they wanted a family. A seasoned Indy Car driver and youth racing coach, Jay loved working with kids; and Courtney wanted nothing more than to be a mother. But the couple struggled for years with infertility.

After numerous rounds of intrauterine insemination (IUI) and in vitro fertilization (IVF), and one too many calls from doctors’ offices with bad news, they were told that despite their dream of starting a family, a baby was not in their future. But for the Howards, “no” was simply not an answer.

The day they walked into Midwest Fertility Specialists, they knew there was still hope. Watch their story below.

A JOURNEY OF HOPE

Making the decision to try one last time with Midwest Fertility was “a game changer,” according to Courtney. From the warm demeanor of the staff to the quality medical care they received, everything the Howards describe about their experience is positive.

“I feel like they took the time to get to know me; I wasn’t just a number,” Courtney says.

When the Howards came to Midwest, they discovered that while Courtney was able to produce a viable egg, due to a past traumatic brain injury, she was unable to carry a child. They were able to have their little boy, Hudson, by using a gestational carrier, also known as a surrogate. They call her their “angel oven.”

Their message to other couples struggling to conceive? There is hope.

“Infertility is nothing to be ashamed of,” Jay says. “The more you talk about it, the more of a chance you have of getting pointed in the right direction and getting help.”

They want couples to know that they have options and to trust their gut feelings.

Tell us about your own journey to parenthood.